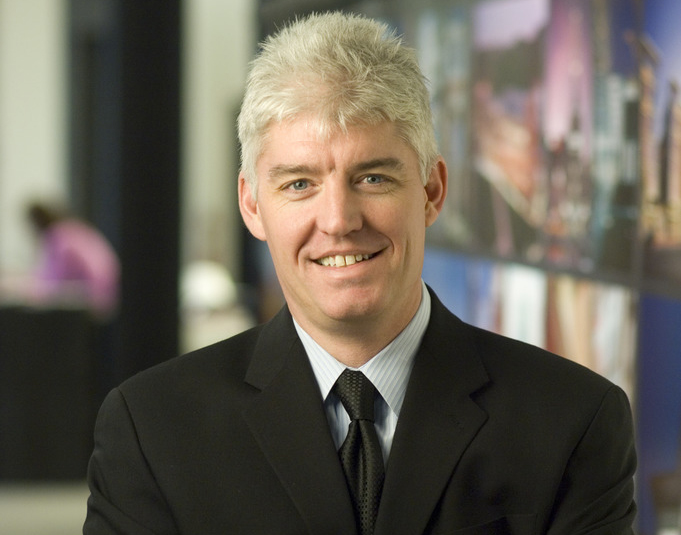 Baltimore, MD (June 24, 2016) – Design Collective is delighted to announce the return of award-winning architect and designer, Scott Vieth, AIA, LEED AP BD+C. Scott’s professional career spans 30 years of higher education, student housing, adaptive use, corporate interiors and multi-family housing design. Scott first joined Design Collective in 1994 and worked on many of the firm’s notable projects including Tide Point, Art Academy of Cincinnati, The Stewarts Building, 180s, Towson University’s Center for the Arts and West Village Student Housing Phases I & II.
Scott’s depth of expertise and experience programming and designing higher education facilities has given him the opportunity to work with many local universities in addition to Towson University, including Johns Hopkins University, University of Maryland, Baltimore, Loyola University Maryland, Frostburg State University and Howard Community College. Scott has also worked nationally on buildings for Auburn University, Kent State University, University of Wisconsin-Milwaukee and the University of Delaware. Some of Scott’s private and commercial sector work includes projects for Legg Mason, Under Armour and Sagamore Spirit, where he recently completed the design of their new distillery at Port Covington. Collectively, his projects have garnered over 30 design awards.
In terms of professional and civic leadership, Scott has volunteered and raced with the Ulman Cancer Fund since 2010. He has also been involved with fundraising for the Lance Armstrong Foundation, Young Audiences of Maryland and served on the Community Advisory Board of the Y of Central Maryland. Additionally, Scott served for five years on the Board and one year as President of the Baltimore Chapter of the American Institute of Architects and is a 2010 Graduate of The Leadership program of the Greater Baltimore Committee.
Scott has rejoined Design Collective at a fortuitous time, as the firm continues to build on its proven multi-disciplinary approach to design and strengthen its diversification across a wide variety of market sectors. As a Principal and Senior Project Designer at Design Collective, Scott will provide leadership and design direction to our teams of architects and designers, ensuring design excellence and technical quality in the delivery of our client’s projects.
Release courtesy Design Collective