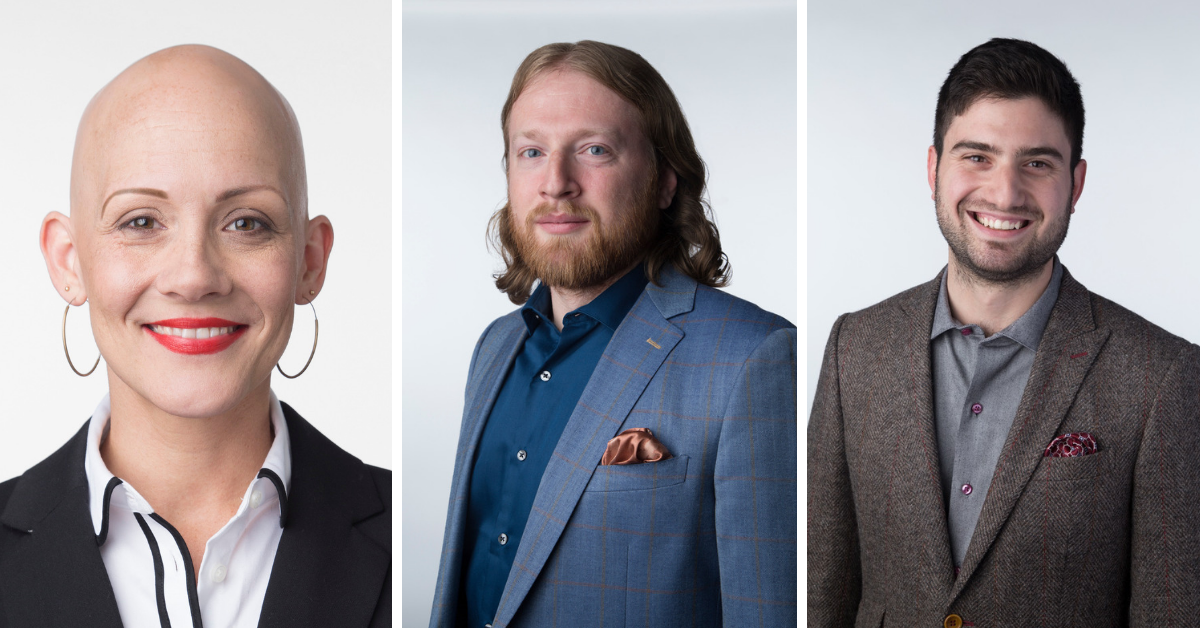 Baltimore, MD (September 14, 2018) – Quinn Evans Architects has announced the promotion of three professionals in the Baltimore office of Cho Benn Holback, a Quinn Evans Company. “These professionals offer extensive experience in complex renovation projects,” says Brian Oster, AIA, LEED AP, managing principal of the Baltimore office. “They are actively contributing to the revitalization of communities and the modernization of academic campuses throughout our region.”
Allison McElheny, AIA, LEED AP BD+C, has been promoted to associate; David Gavin has been promoted to architect, and Alfredo Davalos has been promoted to designer.
Allison McElheny has been instrumental in several of the firm’s transformative restoration projects, including the Lion Brothers Building and the American Brewery, both in Baltimore. Currently, she is working on the renovation of the Phillips Packing House in Cambridge, Md., and Southern Views, a multifamily housing development in East Baltimore. McElheny holds a Master of Architecture from Parsons, the New School (2006) and a Bachelor of Arts in Art History from Emory University (2000).
David Gavin has worked on a variety of challenging projects for the Baltimore office, including the award-winning Open Works maker space in Baltimore, a new outdoor performing arts venue at Allen Pond Park in Bowie, Md., and the renovation and expansion of the Cole Field House at the University of Maryland in College Park, Md. Gavin holds a Master of Architecture from the University of Maryland (2012) and a Bachelor of Science from the Catholic University of America (2010).
Alfredo Davalos’ projects include work on the National Zoo Education Center and the expansion of the McLean School in Potomac, Md. He holds a Bachelor of Architecture from Tecnológico de Monterrey (2014).
Release courtesy Quinn Evans Architects