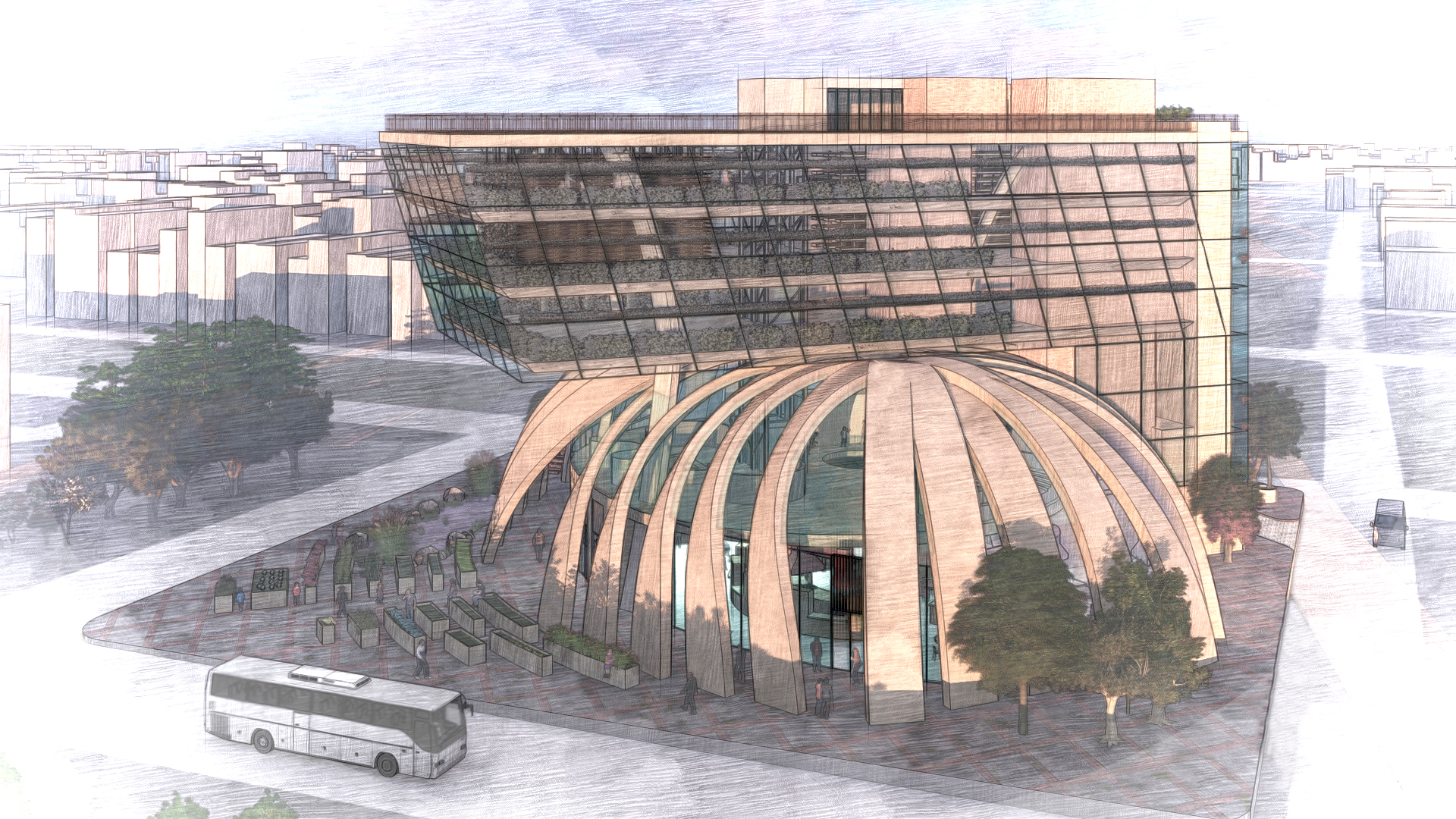 Project Background: The Mind-Food Kitchen seeks to address the lack of quality food and food education and awareness in the food desert of West Baltimore. TMFK is a space for parents and children to mindfully connect with each other and their community through food; where children can learn about food production, preparation, and mindful consumption; and where parents can transmit customs and traditions to children and peers, while respecting their family financial means. TMFK fosters the development of conscious choices around food and, in the process, fosters conscious sustainable living for economically disadvantaged families.

Location: Based on the criteria stipulated by the research, the site that accommodates TMFK in the city of Baltimore had to be in a region that is considered a food desert, with many low-income family households living nearby, with a predominantly young population, and with preferably more solo parent households, so this building becomes a facility that supports the most needed. The neighborhood of Poppleton fits all the mentioned criteria, with many vacant urban sites. The site with approximately 25,000 sf located on West Baltimore street, neighboring the Chief Medical Examiner Office and The Hollins House was the chosen site, offering great public transportation and walkability to downtown and surrounding neighborhoods. 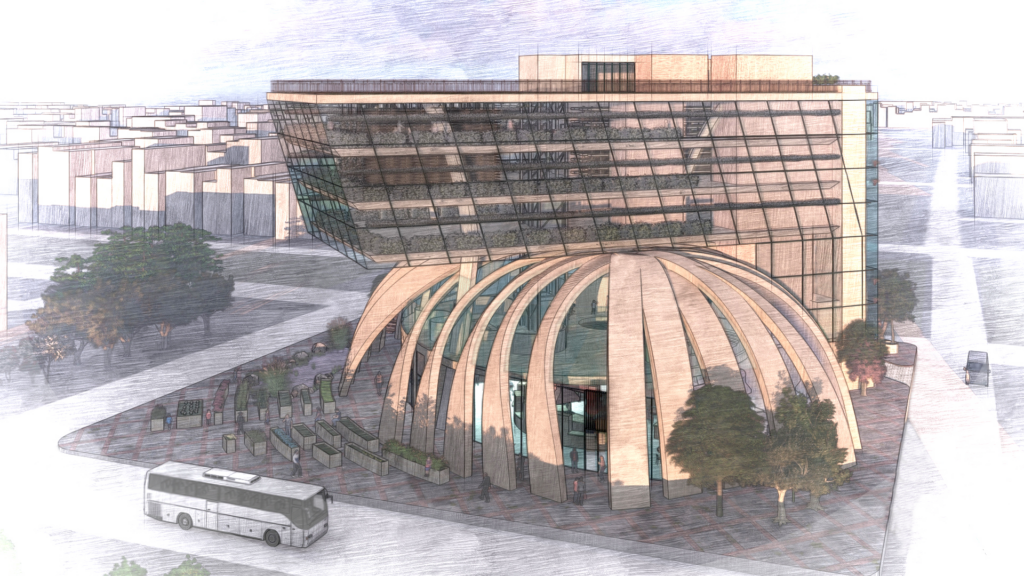 Concept and program: Conceptually, the architectural development of TMFK followed the premise of combining three food stages: food production, food preparation and food consumption, while enabling a cyclical connection between the three through a vertical circulation system of people and food. It became clear that the act of cooking food with others enabling knowledge transfer, and the community coming together to share a family meal should be celebrated and experienced by the community inside and outside the building, which resulted in these uses being in the ground floor. 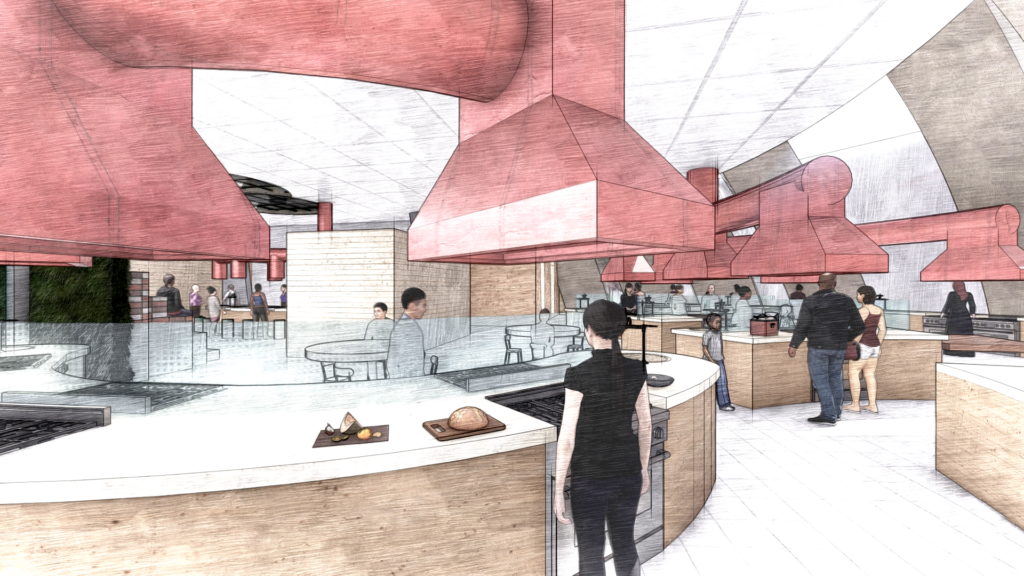 The MFKitchen offers a diverse arrangement of 27 cooking stations, more prep stations, and a cooking instruction station with auditorium seating.

The form of the building contributes to the coming together celebration: large fins that rise from the ground floor where cooking and eating happen and converge at the top of the second floor, enfolding the children’s Intuitive Playpen. The so-called Nest instinctively informs the mains uses and protects the main users of the building. The Nest shape is positioned in the rectangular urban site in such a way that it preserves the existing footpath that the neighborhood of Poppleton created overtime. By preserving this footpath within the Nest fins, a monumental front porch emerges, inviting the greater community to come closer and to view the activities happening inside the building, without needing to enter it. 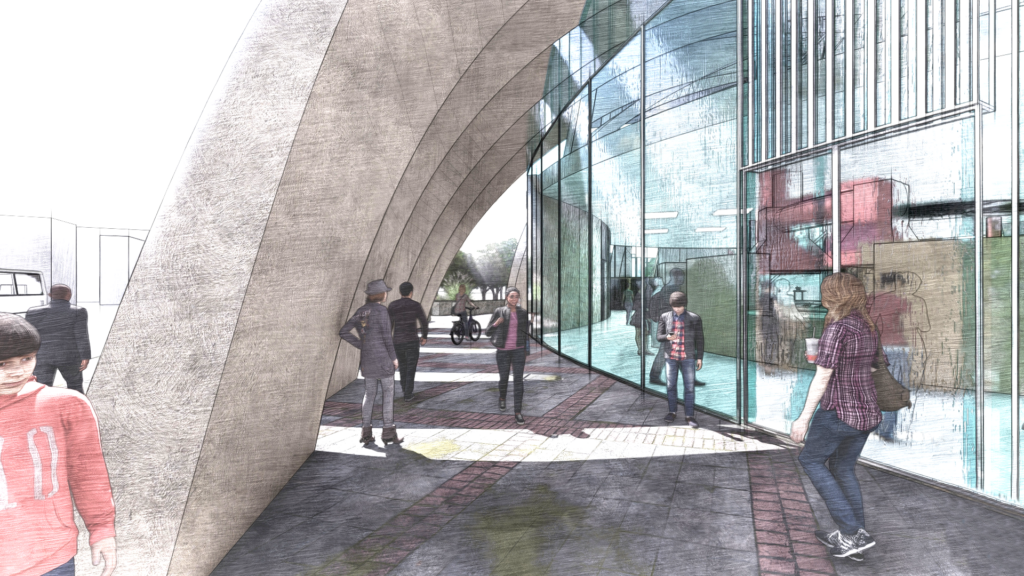 The MFK Front Porch offers a buffer and a protected path between the city and the building.

Above the Nest, where most of the food production happens via the vertical farming and the rooftop garden, habitual orthogonal floor plates offer the most food yield for the building, originating the Bar shape. All floors are connected vertically by two social elevators, one freight elevator and smaller lifts which facilitate the movement of fresh food as well as composting matter. 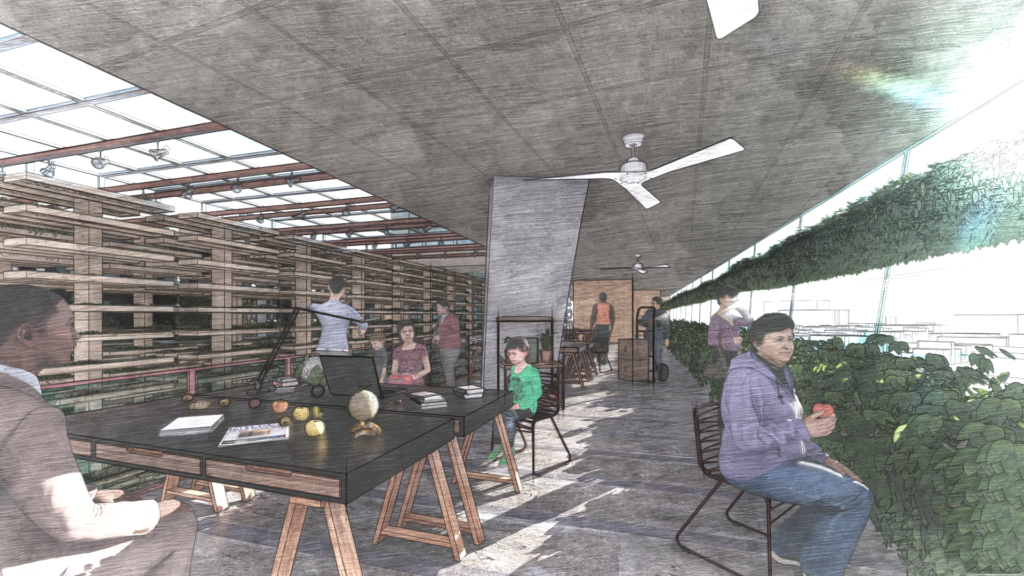 Vertical Farming and Hot Desks for community learning located on the fourth floor.

The instructor for the terminal project studio (ARCH.772 Architectural Design Six) was Ruth Connell A.I.A., Associate Professor. For information about this course or the project, please contact Ruth at ruth.connell@morgan.edu. 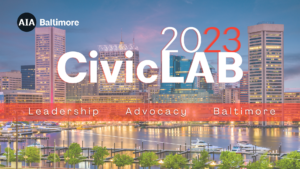 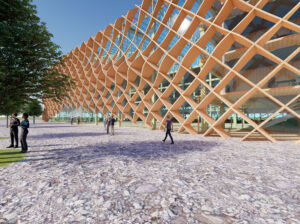 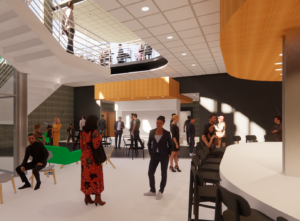 The Umbrella: A Place of Community For People of Trans Experiences