Baltimore has long had an LGBT community, but it was not until the 1960s that this ostracized minority of lesbian, gay, bisexual, and transgender individuals began demanding equality. By 1973, Metropolitan Community Church was established, and in 1975, a brave band of a dozen met for a Pride Rally at Mount Vernon Square. It was also at this time that the Gay and Lesbian Community Center emerged, offering a clinic and gay youth and lesbian support groups. The Johns Hopkins SHARE (Study to Help the AIDS Research Effort) became a national model in 1984 for the treatment and etiology of HIV. The award-winning Chase Brexton Clinic serves thousands every year, having grown from a tiny office. Paperback [96 Pages]

Political Animal: I’d Rather Have a Better Country
By Brian Wendell Morton

Journalist Brian Wendell Morton has spent more than eight years documenting Washington, D.C.’s Oz-like world in weekly columns for Baltimore’s City Paper titled, “Political Animal.” Eric Engberg of CBS News once said, “Washington is ten square miles, surrounded by reality.” Morton points out the surreality of a city where a popular president was almost hounded out of office for a consensual sex act, yet another president whose popularity ratings hover at historic lows can’t be held accountable for a war waged under false pretenses, torture, malfeasance, and the destruction of an entire American city. Political Animal points out the discrepancy between reality and the skewed views of the political media who cover it. Hardcover [312 pages]

One of the most original and dynamic developments in American architecture, the Prairie School was a regional manifestation of the international revolt and reform that occurred in the visual arts during the early years of the twentieth century. Inspired by Louis Sullivan and given guidance and prominence by Frank Lloyd Wright, the members of the movement sought to achieve a fresh architectural expression. Their designs were characterized by precise, angular forms and highly sophisticated interior arrangements-an approach that proved immensely significant in residential architecture. H. Allen Brooks discusses the entire phenomenon of the Prairie School-not just the masters but also the work of their contemporaries. Paperback [400 pages] 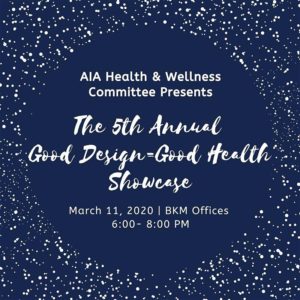