The following titles are available to purchase in person at the Bookstore in the Center for Architecture and Design. 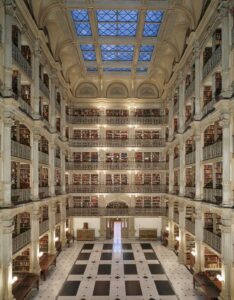 Edmund G. Lind, Anglo-American Architect of Baltimore and the South

The latest in our series of books about the Architecture of Baltimore features the biography of Edmund G. Lind, whose masterwork, the Library of the Peabody Institute is one of Baltimore’s finest interiors. The book follows the life of Lind as it begins in England and traces his development there and in his adopted homeland of the United States. Lind also designed many buildings in the American South including Atlanta, Georgia and North Carolina. 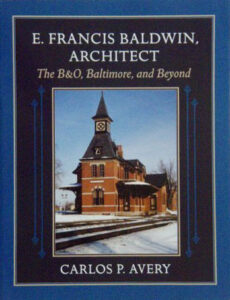 E. Francis Baldwin, Architect: The B&O, Baltimore, and Beyond

This book covers the career of E. Francis Baldwin who was the chief architect of the Baltimore and Ohio Railroad for much of the late nineteenth century. He designed hundreds of buildings in and around Baltimore, and DC including the B and O stations at Mount Royal and in DC and the two earliest buildings of Catholic University. Baldwin’s first partner in Baltimore was noted architect Bruce Price, the man responsible for designing much of Tuxedo Park in New York and father of writer Emily Post. 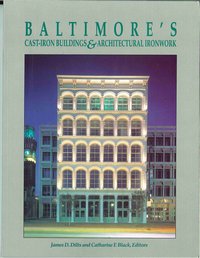 Baltimore was an innovator in the development of cast-iron architecture, but the city’s heritage of buildings in this genre, once numbering more than a hundred, has dwindled to only a handful today. The Baltimore region also had a long tradition in iron production, beginning with the colonial era and continuing through the 1950s as Sparrows Point became the single largest steel complex in the world. Baltimore’s Cast-Iron Buildings is a celebration of a unique aspect of Baltimore’s architectural and industrial history. The authors examine cast-iron buildings in an integrated way to show how the material was fabricated and the buildings erected. They also explore the cast and wrought ironwork used for gates, fences, railings, and ornaments. The heavily illustrated work includes ironwork catalogs from the mid-1800s. 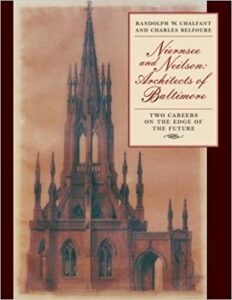 This book details the career of Baltimore’s first registered architecture firm. Niernsee and Neilson met as early employees of the B and O Railroad and built many of their earliest buildings including the now demolished Italianate train station in DC. Their close relationship with the Latrobe family led to many other notable commissions. N and N were also responsible for the early planning of the Johns Hopkins Hospital in Baltimore and the South Carolina State House in Columbia, SC. 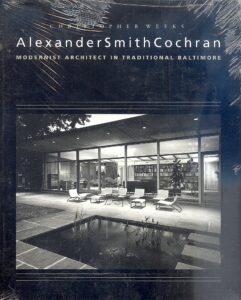 Alexander Cochran of Baltimore (1913–1990) was described as an “architectural missionary.” Besides being devoted to modernism, Cochran was a highly romantic, deeply religious humanist who desired to keep the best of the past while adapting to modern needs. He transformed his city, pointing the way to its later renaissance in the 1960s. The book opens with a short biography of Cochran—peopled with the likes of Frank Lloyd Wright, Le Corbusier, George Howe, Richard Neutra, and Eero Saarinen. The second half is a portfolio of Cochran’s work.

Published by the University of Baltimore and the Baltimore City Department of Planning in 1989 / 72 pages / Softcover / $15.00

This book was the first in a series of neighborhood studies for every Baltimore community, planned to be compiled under the title Baltimore Neighborhoods – A Community Fact Book. This title provides a comprehensive historical and demographic profile of Baltimore’s northern neighborhoods. Since North Baltimore is primarily a region of suburban neighborhoods and streetcar suburbs, emphasis has been placed in the physical changes that have taken place. Although some social history has been included in this regional study of Baltimore, it is the urbanization process from a planner’s viewpoint which is highlighted.